Light crashed to the ground 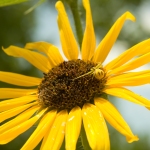 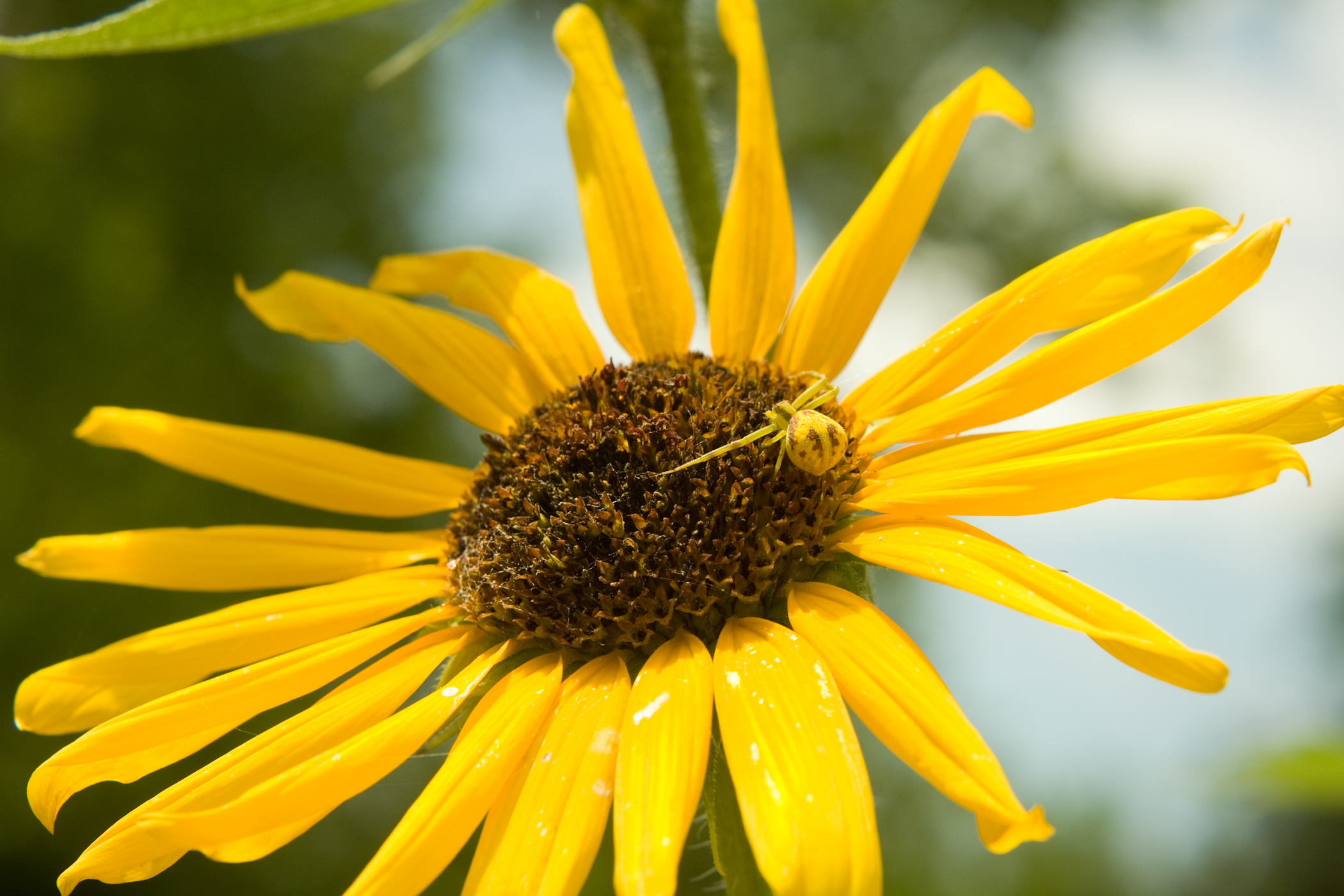 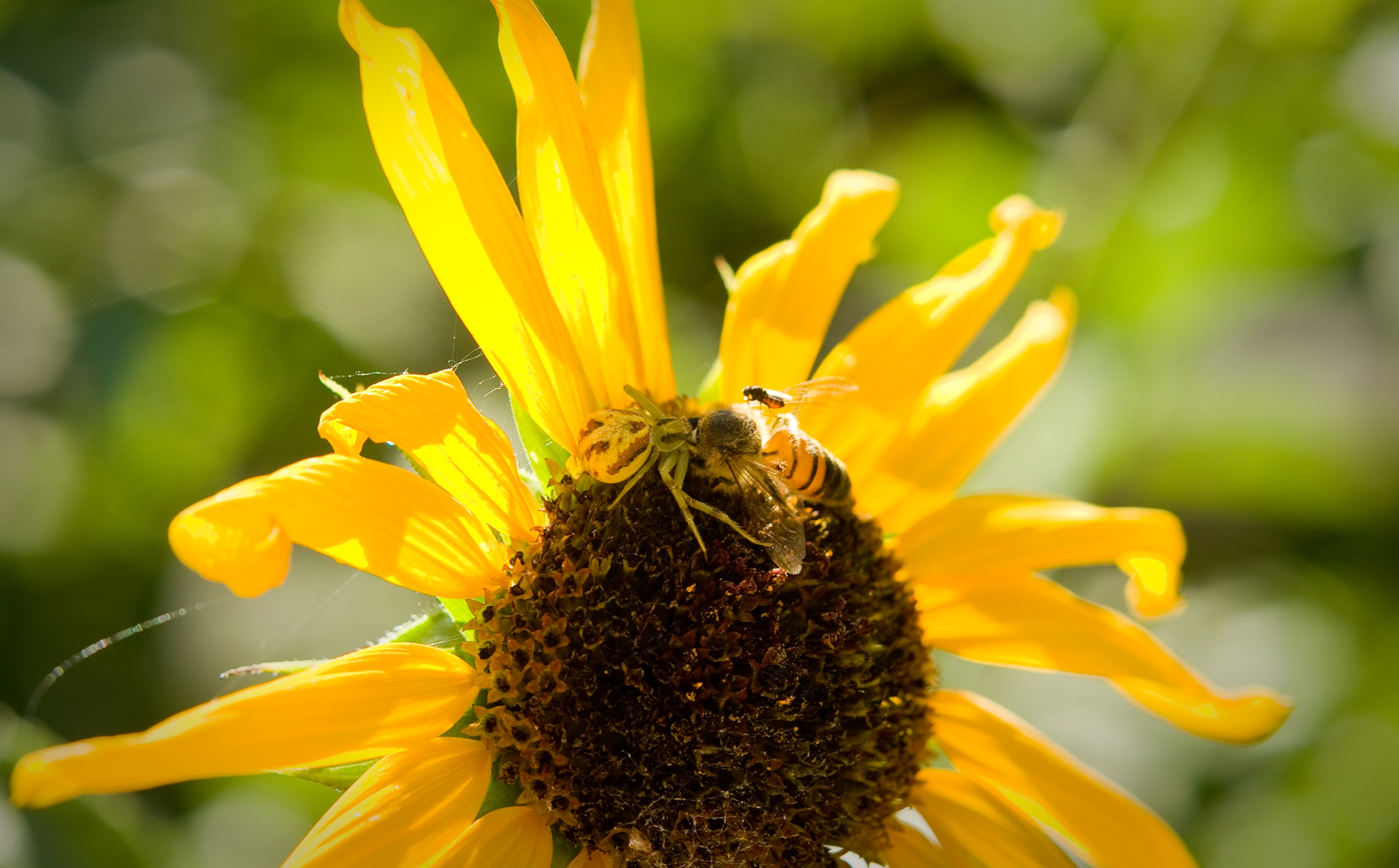 In my mind, the Enchanted Forest will forever be the heart and soul of Austin, a secret landscape in the middle of South Austin where artists, musicians, dancers, teachers, and mind explorers from all over the world have come to commune for over a decade. I remembered entering the forest in the fall of 2005, in response to their spray-painted-sign-on-a-sheet calling for help with the annual Haunted Trail event. Halloween is my favorite holiday and I’d been itching to be an actor in a haunted house for years. I’m always the one in the front of my line, blocking and dodging demons so my screaming friends can get by, so I figured I’d be good at scaring people, too.

I’d just moved to South Lamar and the Enchanted Forest, Zilker, Flipnotics, and my workplace, the Dougherty Art School were all within an easy bike ride away. My rent was $399 including giant community gardens in the courtyards. So, I rolled over there on my imitation BMX from the junkyard and took them up on their friendly invitation. The volunteers had convened inside a patio and I recognized some people I knew. Baruzula, a legendary Austin fire spinner, textile, and body artist and Johnny Slug, another well known character in town, who was a DJ at my favorite early 90’s industrial and electronic music club, Ohms. Hurricane Katrina had just brought many refugees to Austin and several street performers and musicians from New Orleans were staying at the forest in tents. I imagine this made the environment even more circus-like and stimulating than it already was. Plus, a Cajun cook was ready and willing to prepare delicious food for everyone!

For the next few weeks we prepared to freak people out. The event ran for a few weekends and I got to be four different characters. Some of the highlights were as follows. Imagine walking through a pitch black tunnel in the Forest at night, someone may or may not jump out at you, but either way you rush to get back into the moonlight. When you emerge, a path leads you to stepping stones over the stream towards a shack where a country woman is rocking herself on the porch. As you get closer, you see shelves of apothecary jars containing formaldehyde and creepy looking things, bones, claws, and innards. She stands up and you can see it is a man disguised in a straw bonnet and dress, sharpening two large knife blades together, beckoning you, blood curdling wailing and pleas for help come from behind the shack. As he/she walks towards you with the knives and you scurry down the path, from the direction you are heading, a shirtless man with piercings and scarification covering his chest and a white haired, twisted faced mask starts his chainsaw chases you shrieking down the path…You stroll along and catch your breath as you walk upon an alter attached to a tree in the middle of the path. A shelf is nailed to the tree to hold voodoo baby dolls, dead roses, and other manner of eerie accoutréments. The two trees flanking the alter tree hold two scarecrows. Beyond the trees is another wooden shack. Reluctantly you creep towards the building as the path goes through the entrance door and out the exit door, which you can see from where you stand. Suddenly a deep growling voice calls you by name and demands to know, “What are you doing here?!!!” You hear, “Get off of my property!” as one of the scarecrows leaps from the tree and continues to angrily berate you as it edges you into the dark tiny house. A bathtub full of blood awaits and a reanimated corpse of a girl emerges. You jump to the other side of the room and slink towards the exit as she beseeches you with outstretched dripping bloody arms and hands to come closer and bring her favorite toy with you. She cries like a dead-eyed doll as you leave without appeasing her. You soon encounter a John Wayne Gacy look-alike in a black light illuminated tent spray painted with fluorescent obscenities. You block out what happens inside and emerge feeling as if your consciousness has just blacked out temporarily. You almost forget you are on a haunted trail until you come upon a skeletal witch doctor with shrunken heads, toadstools, and a steamy cauldron that she wants you to stir. She seems harmless enough so you allow her to coax you into assisting her. She tells you story but never finishes because in mid-sentence the cauldron tips over to reveal a heathen man grabbing at your ankles to pull you into his pit of despair. They both cackle and curse as you get away by running across a metal bridge passing over the creek. When you are halfway across, a troll bangs on the underside of it with a hammer, which almost give you a heart attack! Just as you cross over, a human sized raven jumps out from behind a tree, croaking menacingly at you for waking it up. It practically pushed you out of it’s territory and you see the exit is near, but one last dreamy surprise awaits you before you make it to the end…A stilt-walker in large billed bird mask tries to envelop you in its shroud so you can never leave.

It was the best haunted production I’ve ever seen and it was a total blast. I never knew I could do those things with my voice. I scared myself a little as I played a tortured girl behind the shack, the scarecrow, undead girl in the tub, and raven.

Halloween parties were hosted for days. Shows consisted of fire, hula hoop, and Butoh style dancing. A suspension ritual from a high tree was undertaken by the Cajun cook. Vaudeville musicians and jugglers in black and white stripes made us laugh. DJs spun as we danced under the stars in our costumes…til the next event…

Art Outside, the festival now held in Apache Pass, Texas was started right there at the Enchanted Forest on Oltorf. In the spring, the spooky took a backseat the fresh ideas and collaborative efforts of artists all over town. Installations, bands, and food sampling were sprinkled throughout the woods for guests to enjoy in the dappled sunlight. At night, mysterious Baruzaland shadow puppet shows were presented on a giant screen with live instrumental accompaniment. Afterwards a lively dance party broke out as, The Emeralds, a rambunctious surf punk outfit who were visiting from Japan, rocked the stage.

I only experienced the Forest for a short while, but those were my favorite months in Austin. The Enchanted Forest was the last bastion of free spirits in our beloved town before it became what I see it as now, a pretty big city. Shortly after my time in the Forest, I ran off to Paris with one of the French NOLA refugees and then to live in Asia for three years. When I returned to Austin, it was shockingly different than it had been in the past 15 years I had lived here. It took me a very long time to find a full time job, despite knowing people all over town, and rent prices were unfathomable to me. I considered going back overseas, but my family of friends are here and I didn’t want to lose touch with my home for any longer than I already had. I made the decision to tough it out because although it’s getting more crowded and expensive, the arts are still alive here. Culture and nature are still valued. It just doesn’t feel as loose and free-spirited…especially now that the Enchanted Forest must close its gates. We fear for the trees and the water there. We are sad that the wildflowers will lose yet another patch of soil to grow as it wills. The birds will still be able to perch in the heritage oaks though. It would be illegal for the new owners to cut down hundreds of years old trees in Austin. (See https://www.austintreeexperts.com/blog/austin-heritage-tree-ordinanace/)

Since I returned from my sojourn, friends of the Forest, including myself, met with city officials, trade members, and community spokespeople, to try to come up with a plan to continue hosting events without getting fined by the city for code violations of this or that sort. The expense of readying it was too much and the property taxes got too high. The most generous proprietor, Albert tried to find a non-profit or community organization to purchase the land, but none could pay a price to sustain him and his family. He has grandchildren now and is planning to start a small farm just a short drive out of town. Eventually he agreed to sell it to developers, who could afford to pay the price he needed for his next chapter. So despite the loss, we are happy that his lovely family’s future is still bright.

And so it goes…I spent the evening of the last Enchanted Forest Easter in this gem of a green space. To allow the forest creatures to convene in the forest one last time, the Forest family threw a big Easter party. I didn’t arrive until nearly sundown, as bunnies are wont to do, but I could tell from the crushed cascarones and confetti strewn about everywhere, that it had been a huge success. Rowdy children wanted to smash watermelon rabbits as if they were pumpkins. Adults lolled around on a bright AstroTurf blanket pleased with the perfect temperature and absence of mosquitoes. I said goodbye to old friend wishing it a positive future as I wandered through with Himalayan protection incense, ring

Now the hardest part comes. Even those who don’t live in the Forest, but are sensitive to its presence, will have a grieving period as bulldozers and concrete take it over. For those who do live there, it must be agonizing. I see in their eyes that they are still trying to release it, some with more ease than others. We have to get used to the fact that Austin will never be the same as it was pre-2006. Many of the people, such as artists, craftspeople, restaurant workers, and gardeners, who made this city appealing to the people who moved here in the past 1-5 years, are getting pushed further and further away from the center. Rents are just too high now. Wages are not getting higher congruently. Many jobs for artists are now being done with free labor known as the unpaid internship. We are not able to make a living in our fields as easily as we were able to before. However, there is a lot of talk lately by the city and grassroots organizations about getting more affordable housing for artists and musicians, initiating rent control, and putting regulations on unpaid internships because what will Austin become if we can’t live here anymore?

This is a call to all who value community, culture, art, music, poetry, nature, health, and good food to be sure you are nurturing those treasures as often as possible. Teach people, who are not familiar with their value, to open themselves up. Welcome them. Show them there is a way to be free. Let the spirit of the Enchanted Forest infiltrate the city, so that the healing powers of creativity and authenticity rule the great city of Austin, Texas y’all! 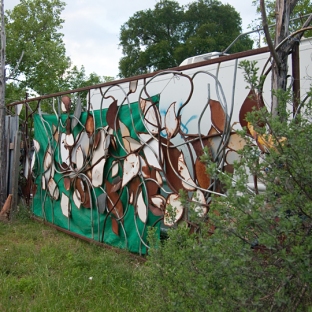 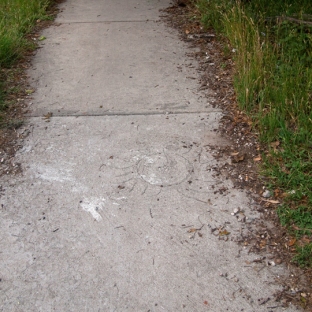 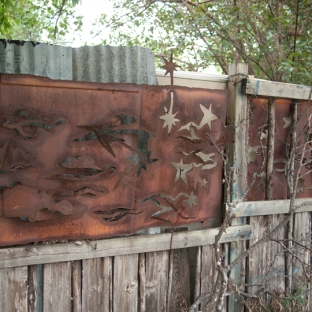 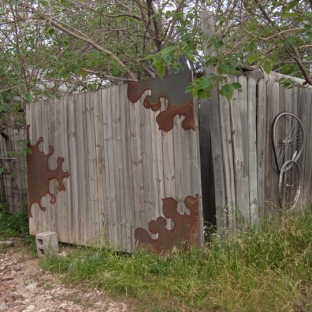 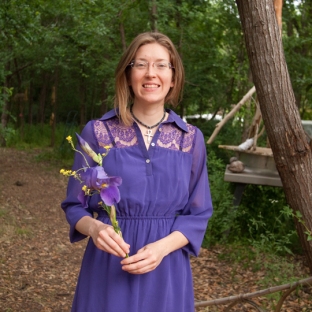 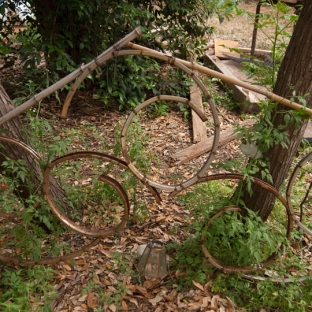 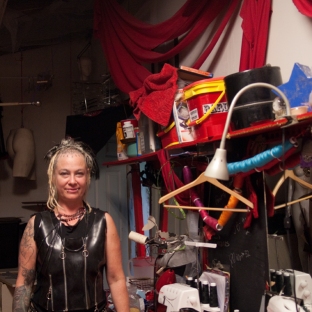 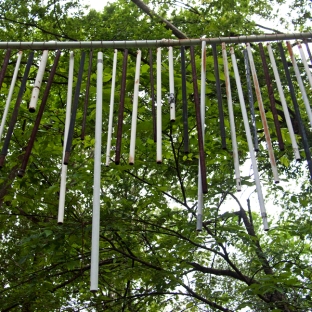 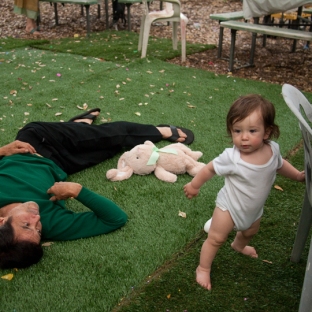 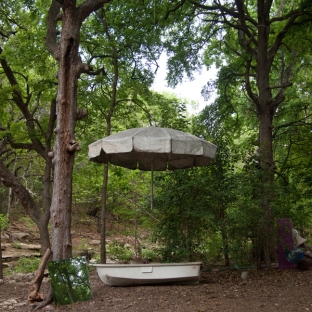 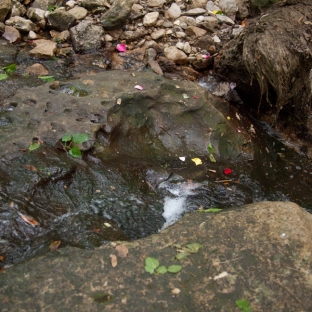